Ryan Gosling’s character in the movie Drive is darker than some of his other leading roles and the dark style also seems have influenced his outfits and fashion style in the film. Ryan’s style in Drive still looks even when good when  covered in blood in some scenes in the film. So it could be it a cool idea for a Halloween outfit.

There’ is a lot of 80s influence to this movie from the synth music on the soundtrack, to the retro font of the titles, to the wardrobe. It’s nowhere near as slick and chic as the blue shawl collar tux Ryan Gosling wore to the premier of the film. But below we’ve listed how to steal the style but remember: this isn’t a look that everyone can pull off! Although it would make an awesome cosplay or Halloween costume.

Film and movies will always be a medium that people will look to for fashion advice. Whether it’s the effortless cool of film heroes completing monumental tasks to save mankind, or more understated everyday type heroes – these characters ultimately become the template for cool.

Nicolas Winding Refn’s genre-bending film, Drive, was released almost five years ago and left audiences completely gobsmacked because most people assumed it would be another car-chase film such as  The Fast and the Furious but  instead audiences were shown to a violent love letter to Los Angeles that was lightweight on dialogue and heavy on style.

Ryan Gosling’s portrayal of “The Driver” not only rewrote the book on what it meant to be heroic, but people also couldn’t get over just how stylish he and cool he was. In fact, the fashion choices for Gosling’s character had relevance both to the film itself and also predicted several clothing trends that would follow on after film’s release in the years following.

If you needed any further proof that Drive is one of the most stylish films in the last 25 years, look no further than these wardrobe, accessory and clothing examples.

To many of us, the watch is the most wanted piece of the Driver’s wardrobe. His watch is a Patek Philippe, alothough this specific  model doesn’t really exist in real life. The silver dial with just one small second sub-dial is surprisingly difficult to replicate or find a similar alternative.  The Scandinavian watch brand Skagen did release a design that was is a close in design and very similar. But it features a lighter shade leather band with some texture. If you want a more affordable dark dial version of the one in the movie it could be the watch for you.

As with most car chase and heist movies, time plays a big role, as illustrated by The Driver’s own five-minute rule which dictates “you give me a time and a place, I give you a five minute window. Anything happens in that five minutes and I’m yours. No matter what. Anything happens a minute either side of that and you’re on your own.”

For the film, Gosling’s character opts for a one-of-a-kind Patek Philippe chronometer with white, luminous face and brown leather band that he would strap to the steering wheel of his getaway car.

The watch is so cool that we actually wrote a whole piece on our blog about the Ryan Gosling Drive Watch.

While we’ve noted that a watch like a Patek Philippe is “normally reserved for oil tycoons or drug barons,” due to its high price, the ownership of the Swiss timepiece is a reflection of his character as described in the original source material in the book that influences the film.

The jacket fits him close and streamline to the chest in the movie. You also need to think about layering with a Tshirt for Henley top underneath. Try to find something that’s intentionally slim fit like these Levi’s Trucker Denim jackets or maybe even having a jacket tailored for you and your bodytype.

Because a t-shirt would be too obvious and standard and a long sleeves would be too hot to wear in Los Angeles, which is where the movie is set we suggest keepingthe shirt slim and keep it close and fitted to the body.  Check out some similar options here.

The style of the pants is tight in Drive. Or definitely slim fit to the leg. Levi’s 514s are as slim as most of us want to get. But 511s are one step closer to a second skin and the fabric has 1% spandex mixed in for stretch. Which helps with comfort.

This style of plastic aviator sunglasses, like the rest of this outfit, won’t suits everyones face. They can look too big on some people faces but on others they look cool and right. There’s a  few price ranges here, there’s the DKNY are in the middle of the price range, also the KW Aviator from Nordstrom ($20) and also the Ray Ban 5000.

Like with the Driver’s scorpion jacket that served as an outer layer armor, the Driver’s sunglasses are also a strong reflection of how his character sees the world.

Produced by Selima Optics, the Auburn Tortoise silhouette of the Money 2 frames gives a wearer a timeless but updated appearance that fits all face shapes.

Gosling’s boots look like the Stacy Adams Madison because they actually are Stacy Adams. They’ve been beat to death by the costume designer, but for the color, it’s most likely the taupe. Which also happens to be tough to find. Backup would be the grey with new matching laces.
While they may not be as iconic in cinema or television as Marty McFly’s Nike Air MAG from Back to the Future II, Stacy Adams’s Madison Boots have been a tried-and-true silhouette whether in a period drama or in a more contemporary context.

When the duo of Gosling and Winding Refn reunited for the 2013 film, Only God Forgives, his character was once again clad in Madison boots.

These driving gloves are not too expensive and  the right colour but they also are available in a richer “British Tan” color.

If you’re okay with a subtle two toned look, Lord & Taylor brand has a house brand glove for under $50.

The Jacket: Member’s Only Vintage Racer

The racer jacket in the film is an original piece for the film inspired by “Korean Jackets from the 50’s” and it’s hard to replicate the jacket easily. It’s a quilted white satin racing / bomber jacket and features a large gold scorpion embroidery on the back.

We’ve had a look and it seems as though these jackets are now available on Amazon for about around $100 and you can get it with and without the Drive scorpion design.

The  main thing about this outfit is this standout jacket. Fjackets made this jacket in true colors and quality. The scorpion at the back looks like it’s just about to come to life. Such vivacious interpretation of the original jacket is eye catching and eye pleasing. The make and material of the jacket are unquestionable, and you would have no shame in spending your honest day pay on this scorpion clad jacket.

The outfit caught the eye because of its uniqueness and difference from our regular day racing costumes.The following infographic gives you a pictorial briefing about the Drive costume.

“Ryan had been really inspired by these 1950s Korean souvenir jackets,” said Drive costume designer, Erin Benach. “He had bought one on his own and was wearing it around. So we started to think, wow, that might be really cool. But the style and shape of them was definitely very fifties and slouchy. We felt like Driver was really buttoned-up, clean and streamlined and we didn’t want there to be much billowiness to him. So we built it piece by piece. We knew the collar had to be able to pop up, we wanted the knit around the wrists and waist to be 100 percent wool as opposed to stretchy nylon. We wanted every element to be perfect. We went through 15 or 20 iterations until we got it right. Which was down to the wire — about an hour before shooting!”

We also have an awesome guide of how to dress like Negan From The Walking Dead outfit from.

Further reading:
Find out how to start your own blog in this guide. 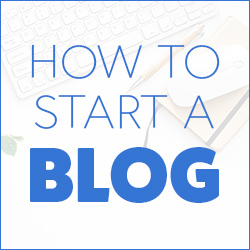